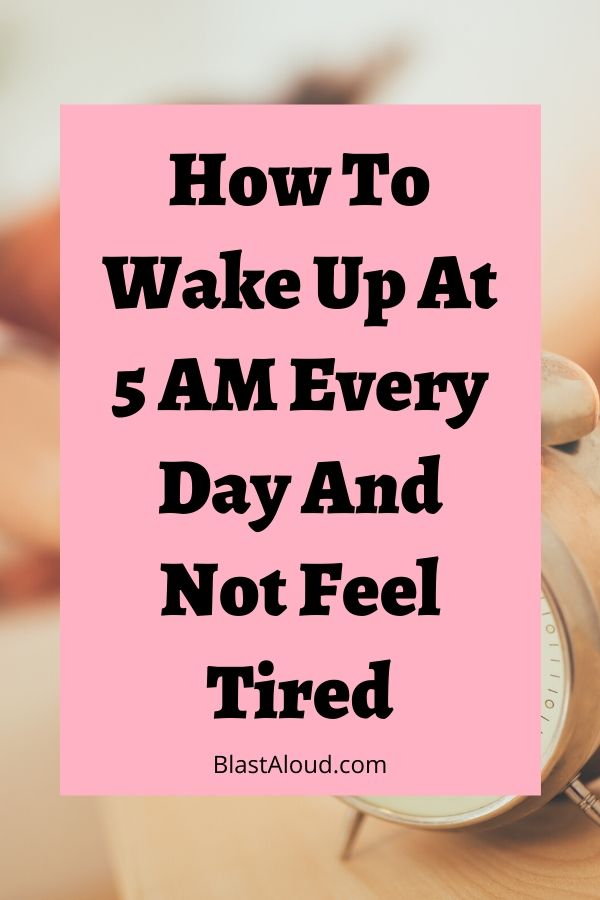 Do you always have issues with waking up early or feeling just too sleepy after you’re up that you simply go back to bed to get a bit more sleep? If you do, then you’re not alone because it is one issue almost every early riser experiences, or must have experienced and probably conquered. The truth is, waking up early is a difficult nut to crack open. But there are some tips on how to wake up earlier without feeling tired that you can start implementing today.

If waking up early is what you have been trying to adapt to, then I’m sure you must have adopted a lot of strategies already to no avail. The good news is, the game-changer is here (whoop whoop). By the time you finish reading this article, you will be amazed at how easy it could be to actually wake up very early, yet, so energized to carry out your daily tasks.

It all boils down to the quality of sleep you had the previous night: waking up early depends on what you did before, during and immediately after sleep. Are you still doubting the possibility of this early wake-up routine? Doubt no longer, friend, I will give you 15 easy tips on how to wake up earlier and fully energized.

Psst – Don’t forget to follow me on Pinterest for all your relationship, self growth and personal development tips!

1. Develop The Consciousness To Wake Up Early 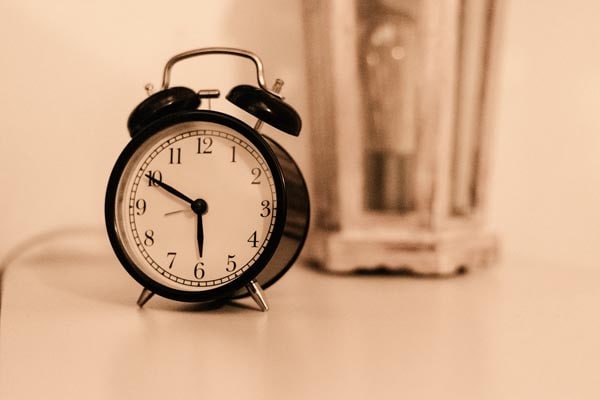 I’m sure you’re wondering how consciousness made it to the top of the list, but what you may not have considered is the fact that the greatest philosophers and psychologists of all time postulate that every effort starts with consciousness.

Idealists maintain that for every action that takes place physically, it has already been processed mentally. Hence, the importance of developing the consciousness and willingness of waking up early is the first major step to take in order to actualize the goal. By developing the right consciousness, I am referring to having that zeal and calling it a duty to wake up early.

There is this popular saying that is attributed to Benjamin Franklin about how going to bed and waking up early makes man to be healthy, to be wealthy and then wise. And yes, it’s true. You can’t expect to wake up on time but keep sleeping late. Sleeping early is like a seed you sow in order to reap the reward of waking up on time.

Not only do you wake up early when you sleep early, but also, you wake up refreshed and fully energized, given the adequate number of hours you must have spent on sleeping, recovering your lost strength and rebuilding your worn out tissues.

Have you been keeping late nights? Now is the time to rethink that. Don’t you think it’s of greater benefit to your body to sleep early? I sure do!

3. Condition Yourself (Your body) 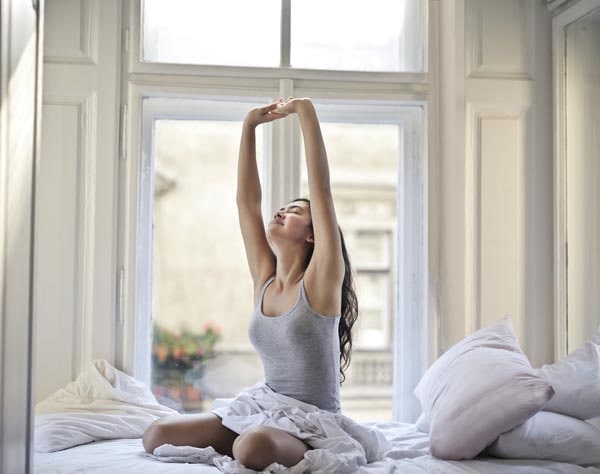 Give your body the best condition for it to sleep with the least distraction. It’s more like getting prepared for a sleeping mission. Have you ever seen a pilot who just enters an airplane and embarks on a journey without getting himself in the best state of mind and body? It’s impossible! That is exactly what sleep requires. In order to wake up refreshingly stronger the next morning, you have to condition the body with a lot of meticulous steps. Some of these steps are:

This is another important tip on how to wake up earlier. By conditioning your environment, I mean keeping your environment conducive enough for sleep to happen easily. Your sleeping environment, of course, includes: the bed, the bulb or lights, the room temperature, etc. The lighting shouldn’t be too bright, in fact, studies proved that it is better to sleep with the lights off. You don’t want to distract yourself with lights shining into your eyes. Even if you’re afraid of the monster under your bed, a bedside lamp will do.

Ensure your bed and duvet are very soft, mild and comfortable. When you do, falling asleep becomes swift and consequently, you’ll wake up without any feeling of tiredness. Also, you don’t want to sleep in a room that is either too hot or too cold. Make the room temperature moderate. When your environment is well conditioned, the potential distractions would be reduced, and then, sleeping and waking up early won’t be a problem.

5. You Have To Quit Those Habits 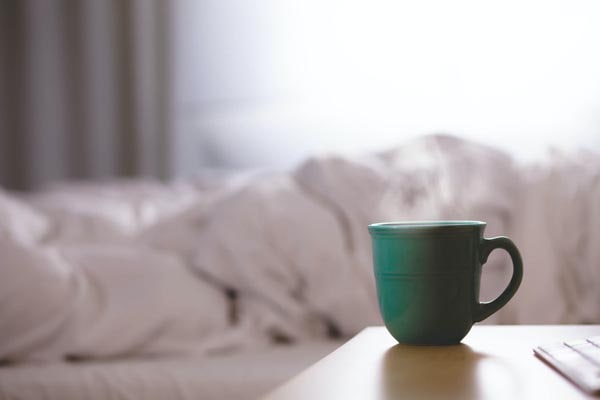 What habits exactly? Habits like smoking or drinking alcohol are not friendly to your body. Smoking just before bedtime can disrupt the functions of your brain cells and consequently hinder the full relaxation that good sleep brings. This could also result in restlessness even in your sleep.

On the other hand, do you drink alcohol? Have you wondered why you wake up very weak after being drunk the previous night? That feeling is popularly called a hangover—which you often get after a night of too much alcohol and partying. Taking alcohol at night is a no-no if you really want to know how to wake up earlier and stronger.

You might habitually wake up late and tired. You’ve probably tried all you can yet nothing changes. But I don’t know if you’ve considered your diet? What kind of food do you eat at night? If you consume heavily starchy foods, and not only that, you also eat to your breaking point, then it’s understandable why you wake up late and tired.The process of digesting that heavy meal is a big job for the body.

You might find it difficult to finally relax and fall asleep, and even when you do, by the time the body finally digests the food, you’ll definitely wake up very weak. That’s how it works. Therefore, eat less at night and avoid heavy meals too. You can drink beverages with no caffeine, or fruits, vegetables, and plant proteins like beans, etc. 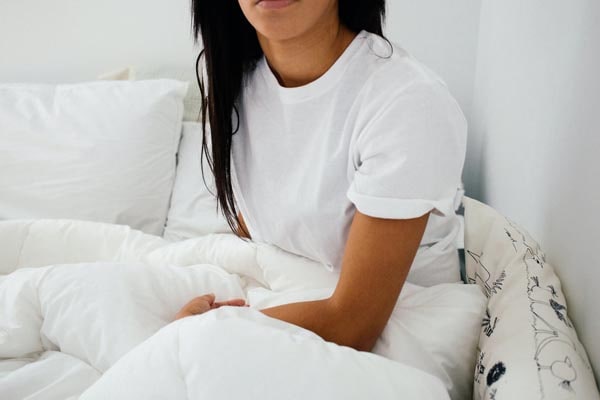 This is the same thing as Routinizing your bedtime. For instance, if you mark out 9 pm to be your time to sleep, then stick to it and repeat it day after day. Remember an average adult needs to sleep for at least 8 hours. Therefore, if you sleep by 9 pm everyday you’re expected to be up by 5 am.

Under normal circumstances, when you wake up as early as 5 am, having slept for 8 hours, you will definitely feel strong and refreshed too. Making this a routine will only make your body adapt to the procedure and boom, it becomes part of you.

9. If Possible, Say No To Caffeinated Drinks 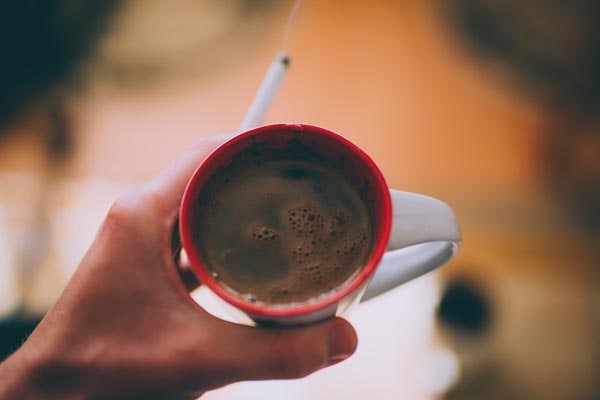 Simply put, caffeinated drinks are beverages that contain caffeine as one of the key ingredients. Do you know exactly what caffeine does to your body? It stimulates your cells and nerves and increases consciousness. Some people use caffeine to ward off sleep and in order to stay awake. Since caffeine prevents sleep, don’t you think you probably shouldn’t be drinking it at night, when you actually want to sleep? Sounds about right to me.

10. Avoid Extended Use of Your Phone Till Late

This is something we’re all familiar with, because most of us are guilty. People often stay up busy with their phones and laptops. But have you wondered if it’s okay for you? As a matter of fact, it’s not. The light rays that are emitted from your gadgets are radioactive. And this radioactivity is not good for your sight or general health. But most importantly, it makes you alert and keeps your brain awake, which is not what you want if you need a good night’s rest.

11. Set a Wake-Up Alarm At a Realistic Time 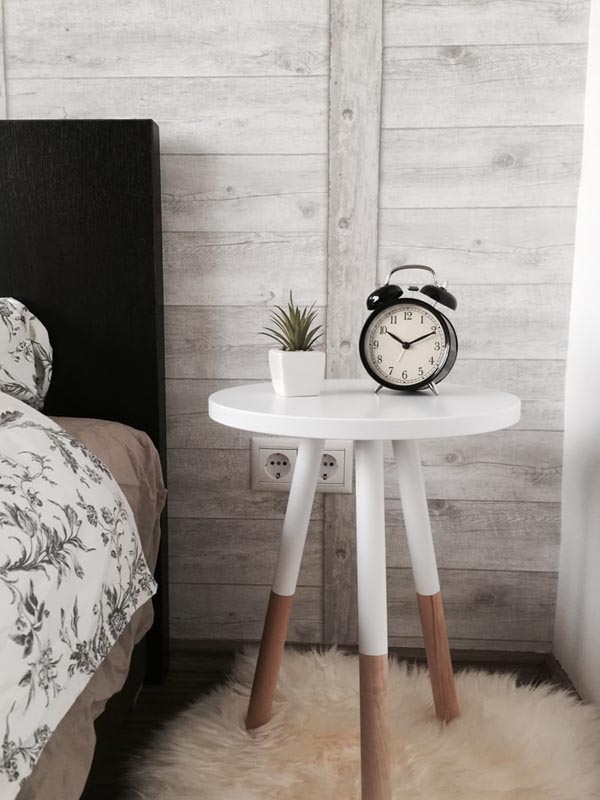 It’s one thing to set alarms, but another thing entirely to set it at a realistic time. What do I mean by realistic time? It’s simply a time that is reasonable. A time which is possible for you to wake up and commence your daily tasks.

Setting alarms for let’s say, 2am, is not realistic because you can’t fully wake up and start your daily life by 2am. Don’t set alarms for 4am when you only went to bed at 12am. You’ll definitely feel uneasy when you wake up. Make sure your alarm is set at a time after which you’ve covered nothing less than 8 hours of uninterrupted sleep.

One of the most important virtues to acquire if you want to keep up with waking up early is resilience. You need that fighting spirit to force yourself out of that sleeping state, especially at the early stages of developing the early rising routine. Remember your WHY. Why you want to make this a habit and how it will improve your life.

13. Thou Shall Not Snooze 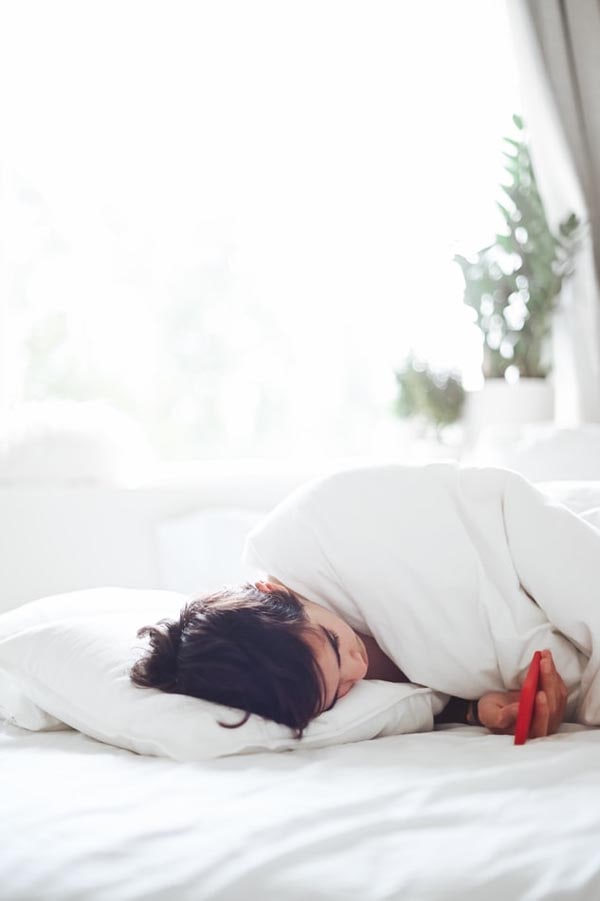 The 13th commandment. There’s always that moment when you wake up with a feeling of dissatisfaction. You feel like you need to go back to sleep more than ever before. At that point, you can actually get infuriated by the sound of an alarm. That is when you’ll feel the urge to push the snooze button. But no, it’s the worst thing you could possibly do at that moment.

If you really want to wake up earlier and not feel tired, then you shouldn’t disrupt the routine your body is already adapting to by snoozing. Doing so will definitely mar the progress you’ve made so far.

14. Adopt Strategies To Stay Up After Waking Up

Waking up might be difficult but sometimes, staying up is the most difficult of all. For almost everyone who tries to wake up on time, staying up after waking up has been a major challenge at one point.

In order to overcome this challenge, you need to adopt strategies like washing your face or taking your bath immediately after you wake up. Minor exercises like walking around the house or stretching would be nice too.

15. Make The First Task Of The Day Your Favorite 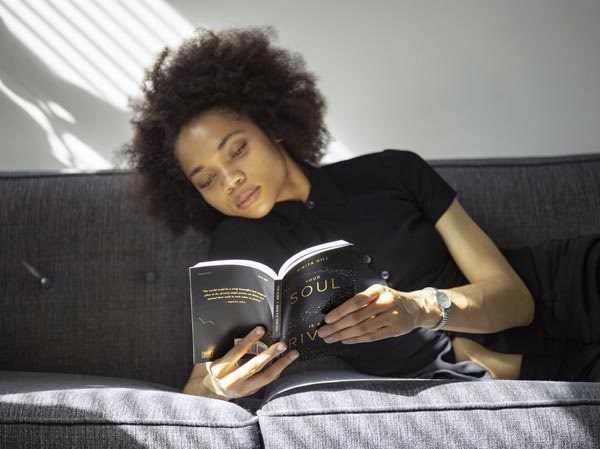 It is quite normal to feel fascinated to start from where it is easier or fun and then proceed to where it is difficult and stressful. If you want to wake up early and in high spirits, it’s advisable to start your day with that particular activity that is most interesting. It will make you feel like you can’t wait to get started. That enthusiasm will get you out of your bed early.

Before I conclude, it will be a crime if I fail to acknowledge that a good night’s sleep, apart from its enormous health benefits, plays a decisive role in how early we wake up everyday, how energized we will be the next morning, and how the entire events of everyday life will turn out.

Waking up early might be difficult, feeling energized after waking up at that unusual time might even be more difficult, but with the aforementioned tips on how to wake up earlier, you’re covered for life!

Don’t forget to pin these 15 tips on how to wake up earlier and not feel tired for later!

Hey if you found these 15 tips on how to wake up earlier without feeling tired, please take a moment to pin it to Pinterest. Or you can also share it to your favorite social media platform. Either way I would appreciate it immensely if you could share it with others. Thank you! 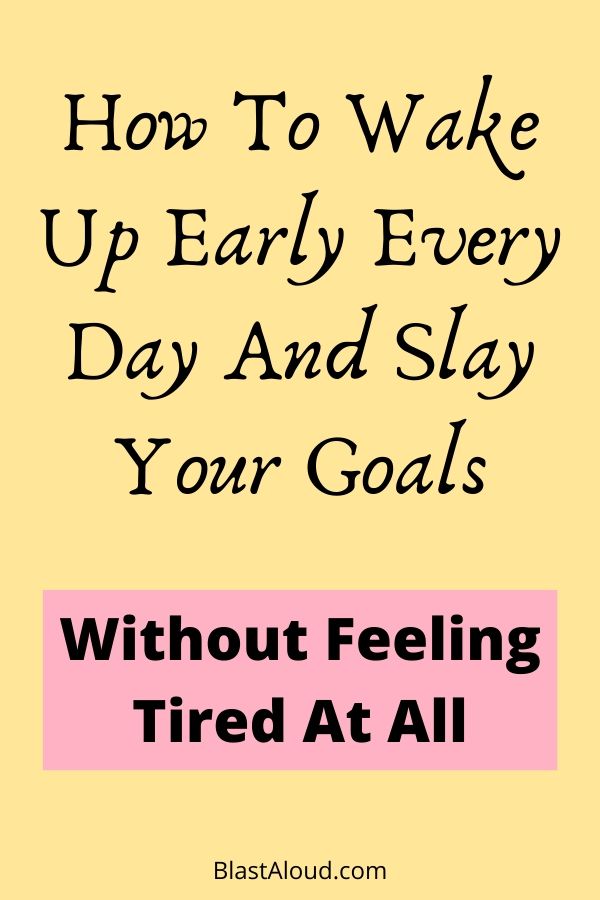 This post on how to wake up earlier without feeling tired originally appeared on MindHerWay.com and has been published with the author’s permission.

10 Things To Do Every Sunday For A Productive Week

25 Easy Ways To Look Rich Without Breaking The Bank