8 Tips On How To Remove Toxic People In Your Life 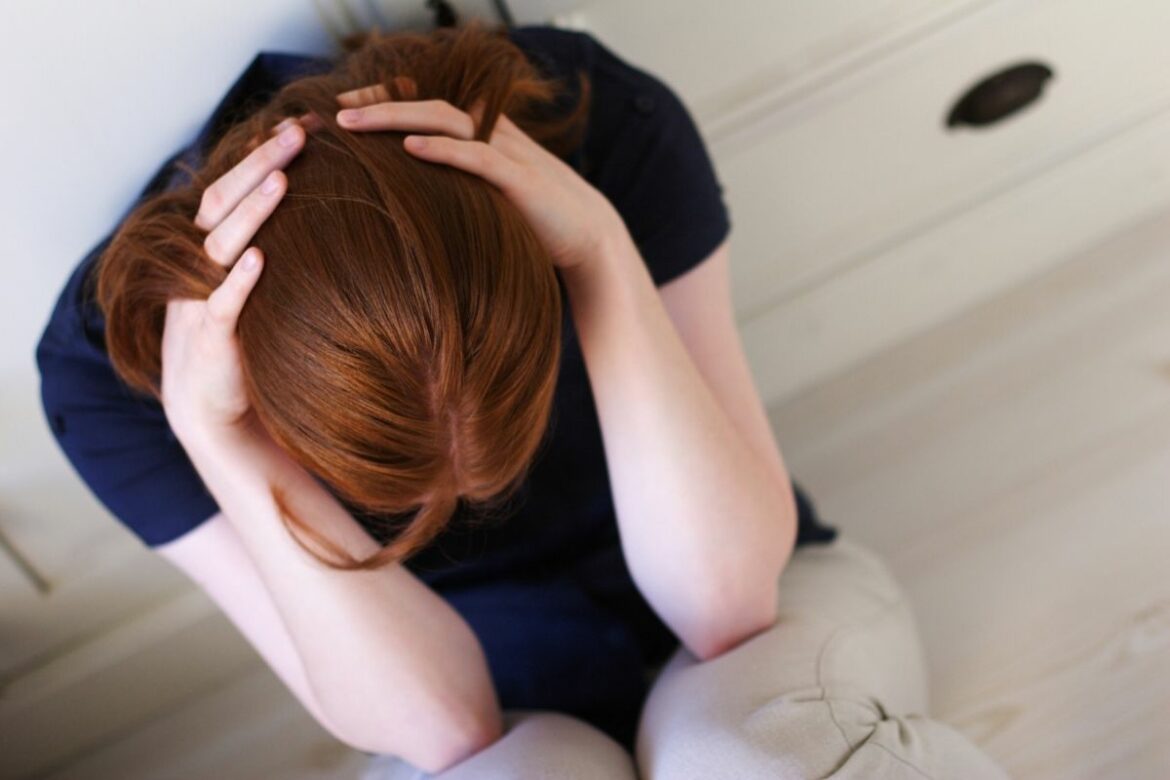 In life, we meet different kinds of people — the good, the bad, and the ugly (and definitely the ugly-disguised-as-good too). But life is too short to have draining and toxic people sucking up all your energy. So today I want to share some tips on how to remove toxic people in your life.

Though ordinarily, we would prefer to cross paths with only those who bring smiles to our faces, the reality is; both the bad and ugly fellas who bring discomfort to our lives play a part in molding us into who we are — if not for anything, their criticisms make us stronger than ever.

Life can never be complete if you only have one caliber of people in it. We need an element of goodness, badness, and ugliness to strike the required balance.

Having a few bad people around you isn’t the main issue here. The major problem is knowing how to manage them and keep them in their places, especially since some people may not be so easy to get rid of. For instance, if the bad person is your mom, it’s not as simple as writing her off your life for good.

However, nowadays, many people have more bad and ugly people to deal with than they ever had good ones. This in turn makes life simply miserable for them. In that case, it’s important to detoxify your life by eliminating such people from it. And of course, that’s what we’ll be dissecting in this article! 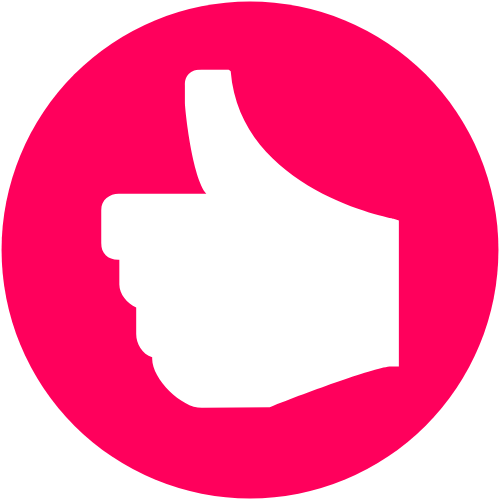 Reading on Pinterest?
Please hit that thumbs up in the bottom left corner if you like my posts!

But then, who is a toxic person?

Let’s not get this all wrong. The truth is, a lot of people use the word “toxic” where it is far from necessary.

Some people are simply annoying and difficult to deal with.

You can’t call such people toxic. And you are not meant to handle a difficult person the same way you deal with a toxic person.

Say, for instance, you have a friend who;

Such a friend is actually a difficult and annoying person to deal with. Once you understand them better, you can still compromise and have a relationship with them. However, if a difficult person is not kept in their place, such difficulty could intensify into toxicity.

On the other hand, if you are mixed up with a really toxic person, you’ll notice that they are;

Now, there is no doubt a toxic person is far deadlier than just a difficult person as they tend to halt your progress and stall your general growth. So, the urgency in eliminating them from your life is… pretty high.

The magic question now is, how do you remove toxic people in your life?

How To Remove Toxic People In Your Life

Getting rid of toxic people can hit back at you if you don’t go about it the right way — just like surgery can either cure a patient or complicate issues if not well done.

On that note, here are 8 realistic tips on how to remove toxic people in your life:

1. Identify Toxicity And It’s Side Effects

In order to cure a disease, you first have to diagnose it. To eliminate toxic people, you must first identify their traits and understand the dangers of keeping them around!

It might be difficult for a toxic person to completely undermine your efforts towards self-improvement. But then, what if they do? The best-case scenario is; they will stall your progress. And I’m sure you don’t want to keep someone hell-bent on bringing you down.

A toxic fella can make you second-guess yourself on vital decisions. They make you feel sad, uncomfortable, and even ashamed about your improvement. Like, what the heck man?

Another severe danger attached to toxicity is that it is highly infectious! You might just end up adopting the same toxic qualities you despise in others — because toxic people have a unique way of making you toxic yourself. That’s how it works. It’s pretty common to see such incidents. And often, it happens without you realizing it.

For instance, have you ever worked under a toxic boss? They bully, intimidate, hate, and manipulate you until you start building a hard shell as a defense mechanism. Before you know it, you’re already becoming irritable to your junior colleagues — just like your boss! Consequently, the toxicity continues to spread within the organization.

Understanding how dangerously infectious such people can be will move you into taking the necessary measures to limit their influence in your life.

2. Bear In Mind That It Can Take Some Time

Another thing you should understand is that removing toxic people in your life is one hell of a job — it takes time! You have to be rational enough to take it gradually. Toxic people are pretty resilient and will always be on your neck. Even when you try to shut them out, they tend to come back.

So, you have to bear in mind that it’s a gradual process and will probably take a while. However, you must maintain your resistance.

3. Get Clear With Them On Your Boundaries

Don’t mince words with such lethal people. Be plain, clear, and precise with them about your likes and dislikes. Get them to know their limits in the most understandable way. Let your intentions be known, and make sure your words are not misconstrued.

Also, don’t just set the boundaries, you also have to stick to them as firmly as possible. Failing to do so will mean you having those toxic people sneak back into your life!

Setting a boundary for toxic people is good, but maintaining that boundary is far more important.

4. Remember, You Owe Them No Explanation

To be honest; you actually don’t owe negative people any explanation as to what you’ve decided or the boundaries you’ve set.

Sure, it’s okay to make yourself well understood. But then any further explanation you’re giving them is likely giving them more grounds to counter you. So, say what you must say, and keep your cool thereafter.

Be kind enough to let them know that both of you have gotten to the end of the road in the relationship and it’s time to call it a day. Preferably, just keep it as simple as ABC; tell them you no longer need them in your life. There is no need to give them room for further debate! Ain’t nobody got time for that.

It has never been recorded that being good is evil. We often hear people telling sad tales on how they regret being kind to a bad person. But the truth is; nobody regrets being kind. You only regret kindness when you weren’t kind in the first place. You only feel remorse for kindness when you faked it or when it didn’t come from the real you. Genuine kindness shouldn’t hurt no matter the final outcome.

That being said, you can easily extend your kindness to toxic people. Be compassionate at times and give them the benefit of doubt. Listen to them if they have any complaints —  know if there is any way you can help. Just because they complain always doesn’t mean they don’t have real burdens or difficulties. Perhaps complaining is the only way they can express themselves. It’s also possible they feel like no one is listening, so they keep complaining and hoping that one day someone might finally understand them.

Sure, due to their toxicity, they may accuse you no matter how nice you are to them. But remember, the kindness is just you being yourself. First, you’ll feel good when you are real. Secondly, you’ll appreciate yourself more if you don’t stoop to their level and join their negativity.

Always bear in mind that even when you are kind, such negative people will refer to you as unkind. It is part of their ploys to frustrate you and get you off balance. Disregard such weak tactics of theirs and keep being yourself!

Nonetheless, you should also be sensible enough to know when to step away. Being kind doesn’t mean you should go around drinking with toxic people. Exposing yourself unnecessarily makes you quite vulnerable.

6. Minimize Having Conversations With Them

If you must, mind the kind of topics you discuss with them. This is very important.

One of the best ways to remove toxic people in your life — or at least limit the threat they pose — is by reducing the rate at which you hold conversations with them. The more you talk to toxic people, the more likely you are to get hurt.

If you must discuss with such people, let it be fact-based communication. Ensure the topic is purely relatable to everyone, as in, common (objective) knowledge.

Avoid involving yourself with them in topics that have to do with sentiments, subjectivism or personal perceptions. No need discussing topics related to politics, religion, culture, ethnicity, race, even sports! Simply put, if you get yourself involved in such, it’s definitely going to be a disaster. It won’t end well.

There are instances where people got seriously hurt (emotionally) because they weren’t smart enough to be careful with the topics they discussed with this type of people. On some occasions, it went as far as resulting in physical abuse. So, trust me on this; you have to tread cautiously.

7. Know Your Weaknesses And Accept Them

There is a popular saying that goes; you don’t fall down when you’re already on the ground! Dealing with toxicity is not child’s play. It can get to the extent that such a poisonous person might discover your weakness and perpetually use it against you.

To reduce their ability to act on your flaws, you must know and accept your weaknesses. Here is the trick; once they discover you’ve already acknowledged what you suck at, they are less likely to use it against you as it won’t cause much damage.

Most negative people are not just comfortable if their hard-devised ploy to infuriate you fails to work on you. So they won’t mock you with the weaknesses you already owned up to. With that, they may just get bored and give up — at least for a while.

But then, you don’t just stop at owning up to your weaknesses. You have to work on yourself and get better at those things that make you flop. Dedicate your time and energy to self-improvement as it will help boost your confidence against toxic people.

8. Keep A Safe Distance And Surround Yourself With Positive People

Finally, ensure you keep a safe distance from toxic people. Stop calling and texting them if possible. Block them on social media if it becomes a means to reduce the distance.

Avoid mingling with people who are likely to draw you closer to any form of toxicity. Rather, surround yourself with positive people. Staying closer to positive people will prevent you from having mixed feelings when you finally let go of toxic people.

Besides, positive people make you feel safe, cherished and happy. And that’s exactly what you need.

To conclude, always remember that you own your life, and your happiness is your responsibility. If all it takes to make you happy is to remove toxic people in your life, then what are you waiting for?

Please PIN & SHARE these tips on how to remove toxic people in your life!

9 Powerful Ways To Stop Being Judgmental Of Others